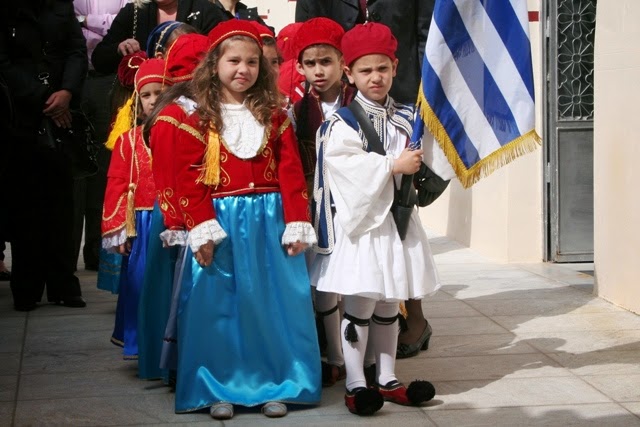 Greek Independence Day is a national holiday throughout Greece, and is celebrated annually in Greece, on 25 March.  This day commemorates the start of the War of Independence, which took place in 1821.  It coincided with the Greek Orthodox Church's celebration of the Annuciation to the Theotokos, when the Archangel Gabriel appeared to Mary and told her that she would bear the son of God.


However, Greece had been part of the Ottoman Empire since 1453.  The Greek revolt was precipitated on the 25 March, 1821, when Bishop Germanos of Patras raised the flag of revolution over the Monastery of Aghia Lavra, in the Peloponnese.  The cry "Freedom or death" became the motto of the revolution.  The Greeks experienced early successes on the battlefield, including the capture of Athens in June 1822, but infighting ensued.  By 1827, Athens and most of the the Greek islands had been recaptured by the Turks.

Just as the revolution appeared to be on the verge of failure, Great Britain, France and Russia intervened in the conflict.  The Greek struggle had elicited strong sympathy in Europe and many leading intellectuals had promoted the Greek cause, including the English poet, Lord Byron.  At the navel Battle of Navarino, the combined British, French and Russian forces destroyed an Ottoman-Egyptian fleet.  The revolution ended in 1829 when the Treaty of Edirne established an independent Greek state. 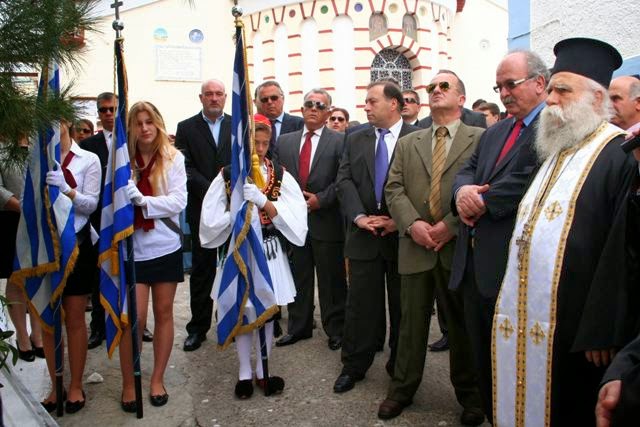 Ermioni is one traditional working town that still continues with this festival.  The day once again brought the community and visitors from afar to participate in the annual Independence Day.  Generally the day begins with mass at the 9th C Byzantine Taxiarches, meaning Archangels, church in the old village.  The people stop and pay tribute at the Museum memorial.  A procession then commences through the old village, down to the Limania harbour front, where speeches are given, poems are read and the laying of wreaths commence at the war memorial.  The event continues with the playing of national music and a march past the towns dignitaries by the children and students of Ermioni, some in national costume, and all carrying Greek flags.  This is followed by traditional dancing in the main square. 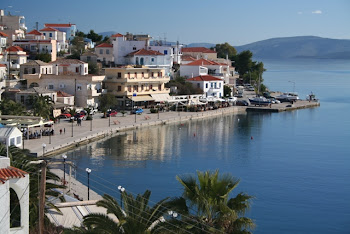